Log-Line This is a mystery romance story between a patissier who lost memories and a magazine reporter.

The small bakery ‘Reutureube’ on the street of Paris in 1919. Owner of this building is about to hand over ‘Reutureube’ to ‘Paul’, the bakery who suggested much higher price than the present monthly payment. Albertine, the former patissier accepted the interview of Roven, the reporter from a famous bakery magazine company against her own will only for the purpose of saving her bakery. She keeps her eyes on Roven, also the famous player, however she opened her mind and told him about her lost memories and the secret recipe of the orange madeleine. But the recipe was flew out instantly so that the ‘Reutureube’ was in a danger. She came to realize that all these were Roven’s intentional plan…

Intention of Creation I’d like to say that love needs courage from this story through a woman who lost her memories and a man who lives with the memories of his love. 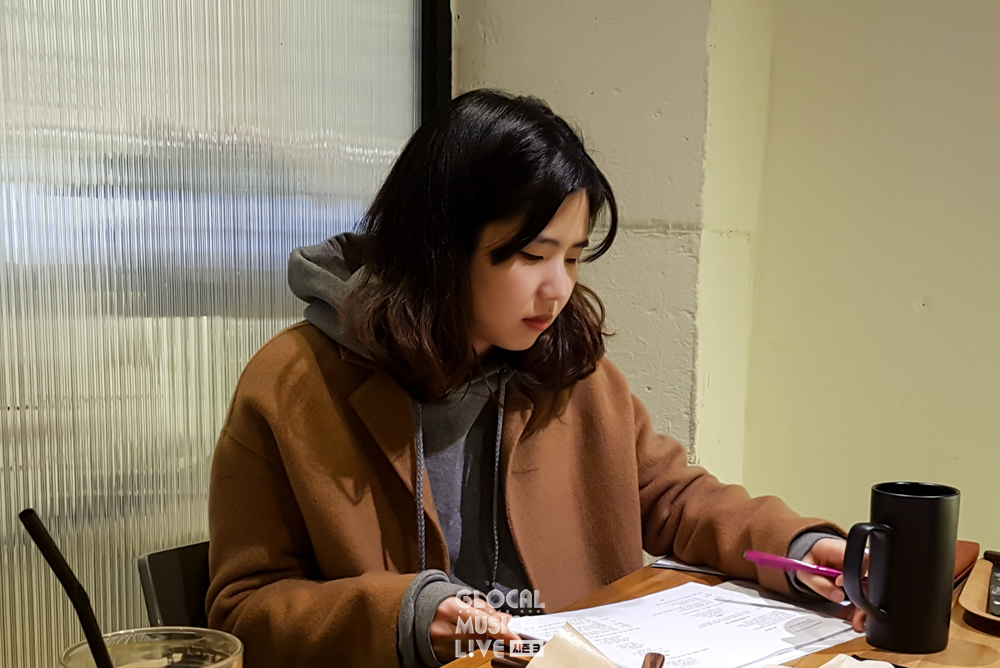 Musical ‘Orange Madeleine’ has a revealing story of Madeleine and Albertine, the patissier who lost her memory with the keyword of memory. At the first revision stage, basic setup was dramatically changed, but it was too much, so we chose to develop by maintaining 1st setup at the 2nd revision. Director Hyun-Woo Kim by ‘My Bucket List’ participated in this mentoring and revision stage.

In ‘Orange Madeleine’, Roven from magazine comes to Ruteureube and asks Albertine’s interview on the situation of moving out by request to increase monthly payment. Albertine refused his request, however she had to accept it for saving her bakery, so she accepted his interview and they got closer, but he turned out to be her old lover whom she didn’t remember. Another tragedy has come to these two, and Albertine made a same decision like before. The most different point compared to the first draft is to make it uncertain the Albertine’s last decision, and to change the person to hand over the recipe from Roven into Mary, the owner of bakery who revised their stories.

Point was that the plot was simple, but each character’s motive was not clear and the situation was not that much persuasive. Director Kim said, “Story itself is very clear, however, it is necessary to make a plot as the center with characters. When following the story it could be reached into the cliche, but characters can make it into the different story.” by asking to make those characters much more active ones. Kim emphasized the point that the scenario should reveal the entire stories which only writer knew the reason why Albertine tried to erase her memory for what incident.

At first, he pointed out that the bakery Ruteureube was not that clear space to Albertine. Audiences do not know only with any lyrics the reason why Albertine feels lonely and painful when she’s alone even if she’s cheerful in the bakery. This then should be certain by showing any kind of situation and her actions for making herself clear. So Kim asked to show the point clearly because her motive would be clear and dramatic on the assumption how valuable Ruteureube to Albertine is.

In case of Roben is also same. Writer said that the reason Roben appeared to Albertine again was to revenge her, however, it is hardly agreeable because it has been too long time since their wounded memories lasted, so any other reason except revenge such as protecting her was suggested. The motive now was too kind and nice because no one knows what happened to the two of them so that Roven came to revenge, and Albertine tried to erase her memories.

Kim suggested other ways by pointing out that Albertine went to Roven for persuading him to interview again by crying, however he wondered if it’s same as the personality of Albertine on this work, as well as the character is not that much attractive. Writer agreed with Kim’s suggestion of change by saying that there were many point-outs same as Kim said, and trying to find out a solution for that.

Kim advised the writer to use the fact that they once have been lovers even if they do not remember because the process of Albertine and Roven’s falling into love each other is not persuasive. For example, it could be quite natural to make a situation that their dating place was their old memorizing place, and Albertine fell in love with Roven so quickly via Roven’s attitude to know and understand Albertine’s style very well. Kim also advised to use the story of Albertine’s interview rather than the existing one because her story might be naturally revealed with it.

Core point was similar by discussing various subjects during 2 hours. As for now, there is a result of each character’s action, but motive is not enough and insufficient about it. For improving these, each character should be much stereoscopic and detail, as well as the invisible story should be sufficiently setup and systemized.